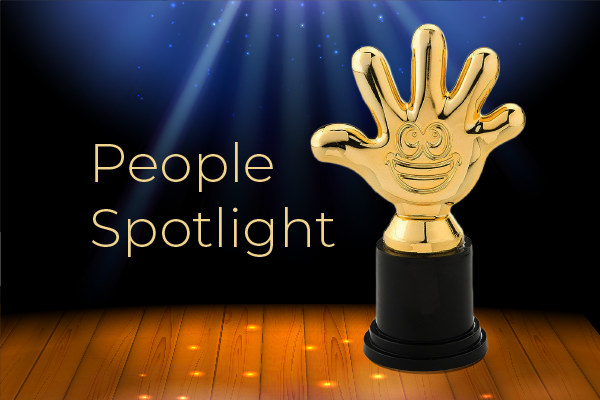 At SureID, we know that people make our company great. Today, we continue our series on the people we love to work with. 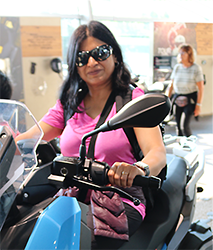 Shilpa is one of our favorite people. For one, she’s incredibly good at her job; attention to detail is second nature or, as she calls it, “a habit.” For another, she’s unfailingly kind; a quick poll around the office led me to believe that she may well be the most likeable person here. And, like so many of us, she’s in love with the area – for its outdoors, its people, and the work she gets to do with us.

Shilpa didn’t start out in computer science. In fact, the Master’s degree she completed in India is in biochemistry. Had she stayed there, she thinks she would have ended up in research, or maybe opened her own pathology lab (she loves the medical field). In the US, she started taking biotechnology classes, but they were “kind of a repetition,” so she tried her hand at computer science instead. Soon after, she had her first job in the field at Microsoft in Redmond. The commute was just too much, though, so she found work in the Portland area, doing stints at Sage and Intel before landing a role at SureID more than three years ago.

As a software engineering manager, Shilpa oversees both work and people now. She loves it – “every day I get to learn,” she says, and the flexibility of a small company suits her. She’s the kind of person who finds the next challenge rather than waiting for it to come to her, a fact that was never more evident than this past September.

Just a few weeks ago, we pushed back our release of a new training module for a product. Since we had the time, and since she felt we could learn from the experience, Shilpa pushed for an additional round of user testing with people who had never seen the training before. The testing led us to more than one breakthrough in how we approached the training, which in turn led to tremendous improvements. Instead of resting on our accomplishments, Shilpa pushed us to go further, and what we will finally deliver is better for it. For her, it’s just part of the job, but we know it’s much more than that, which is why she won the Big SureID Hand Award for September.

Speaking of getting involved…

The hills are alive, in a magic tour bus…

Outside of work, Shilpa stays very busy. She has two children, both of whom participate in music and sports (and one in robotics!), so keeping up with that alone takes up a lot of her time. She, her husband, and her family recently took a two-week vacation to Europe as well, taking in Switzerland (for the chocolate and scenery), Austria (for the music and food), and Germany (for the museums and history).

In the little time she gets to herself, Shilpa studies Ayurveda and natural medicine as well as yoga and meditation. And every day, no matter how much the Northwest gloom settles on us, she tries to take some time to get outside and enjoy nature. She dreams of a visit to the Himalayas for the quiet and the meditation, but enjoys the bustle of her life here just as much. In short, she’s pretty darned happy.

How does she manage it? Shilpa didn’t say it like this, but it’s clear she makes her own happiness. In work and in life, she looks for opportunities for growth, for moments of happiness, and for the simple joy of being present. Though she is thoughtful, she also doesn’t overthink things. “Everyone is capable of doing great,” she says. “Don’t wait for someone else to do it for you; develop yourself!”

Clearly, Shilpa is both an important member of our team and an all-around wonderful human to know. We feel lucky to have her with us!

Want to know more about how a biochemist becomes an engineering manager or how to get into similar work? Reach out to us at support@sureid.com or 844.787.3431. Or you can learn more about the incredible work Shilpa is helping us create at sureid.com/our-technology.