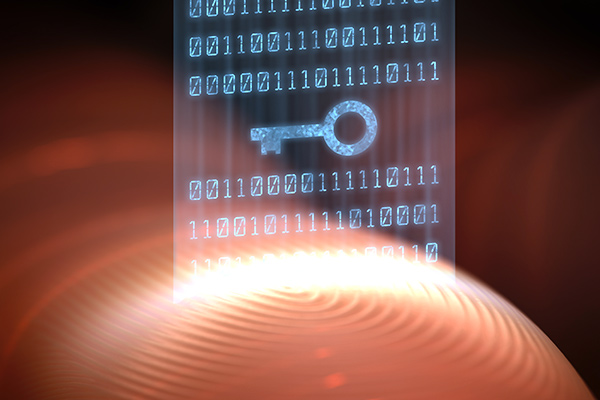 We’re proud to announce that Philip Bontrager, lead researcher on the “DeepMasterPrint” fingerprint hack, thinks that the SureID process for high-fidelity fingerprint enrollment has multiple layers of protection against hackers.

“The NYU research into DeepMasterPrint is fascinating, but it focuses on low-fidelity, smartphone-based authentication,” says Ned Hayes, our General Manager. “SureID’s system is built with patent-pending technology that prevents fraudulent activity.”

Bontrager’s DeepMasterPrint uses artificial intelligence techniques to create a 3D representation of many prints, all of them derived from low-fidelity situations such as smartphone fingerprint login sensors. Bontrager agrees that the SureID solution is secured in ways that are inaccessible to the DeepMasterPrint exploit.

The NYU research – Bontrager – even draws a strong delineation between the study’s research and SureID’s fingerprinting process. “With multiple fingerprints, a higher area of print, and multiple biometrics – these elements, combined with personal assistance, makes it much harder to pull off a presentation attack in that setting,” he says.

1. Our System is More Sophisticated

First, SureID uses a much more sophisticated fingerprint enrollment system than those Bontrager and team researched. “The DeepMasterPrint research focused on sensors commonly used with smart phones, which are low-fidelity and only scan a small portion of one or two fingers,” Bontrager tells us. In contrast, SureID’s fingerprint scanning system is fully FBI certified for higher-fidelity fingerprint capture with coverage of the complete fingertip. This additional scanning provides a much larger attack surface for any hacker and thus provides a higher level of security.

Second, SureID captures all ten fingerprints, including full flat prints of all four fingers at once. “That’s a much more secure setup than the smaller, low resolution sensors we tested,” says Bontrager. “Ten full roll fingerprints are much more unique than the small phone scans, creating a stronger and separate attack vector for each finger.”

Finally, SureID’s fingerprinting process requires a trained technician to both validate the person’s identity using ID documents and assist in the fingerprint capture – a process not tested by Bontrager’s research. “We’re not aware of DeepMasterPrints being used in the wild,” he told us. Hayes contrasted this with our process: “With a trained, certified individual present, it is harder to spoof data or biometrics. We provide a high security environment for the enrollment of multiple biometrics.”

The security and privacy protection the SureID enrollment system provides is attracting attention, since it provides greater protection for government, financial, and other corporate customers.

“In the future, high-security environments like SureID’s can power much more than fingerprint-based government reports,” saya Hayes from SureID. “Due to customer demand, we are looking at new use cases, such as high-security access management, automobile and vehicle access, smart phone and device access, and emerging IOT and financial use cases.”

SureID was founded on the belief that fingerprinting can be convenient, safe, secure, fast, and appointment-free. We offer a nationwide network of over 800 fingerprinting locations with best-in-class technology and customer-friendly interactions.  Backed by nearly two decades of experience collecting biometric data, we have redesigned the electronic fingerprinting process to serve the applicant and customer first. SureID joined the Sterling Talent Solutions family in October 2017 and is headquartered in Portland, OR.